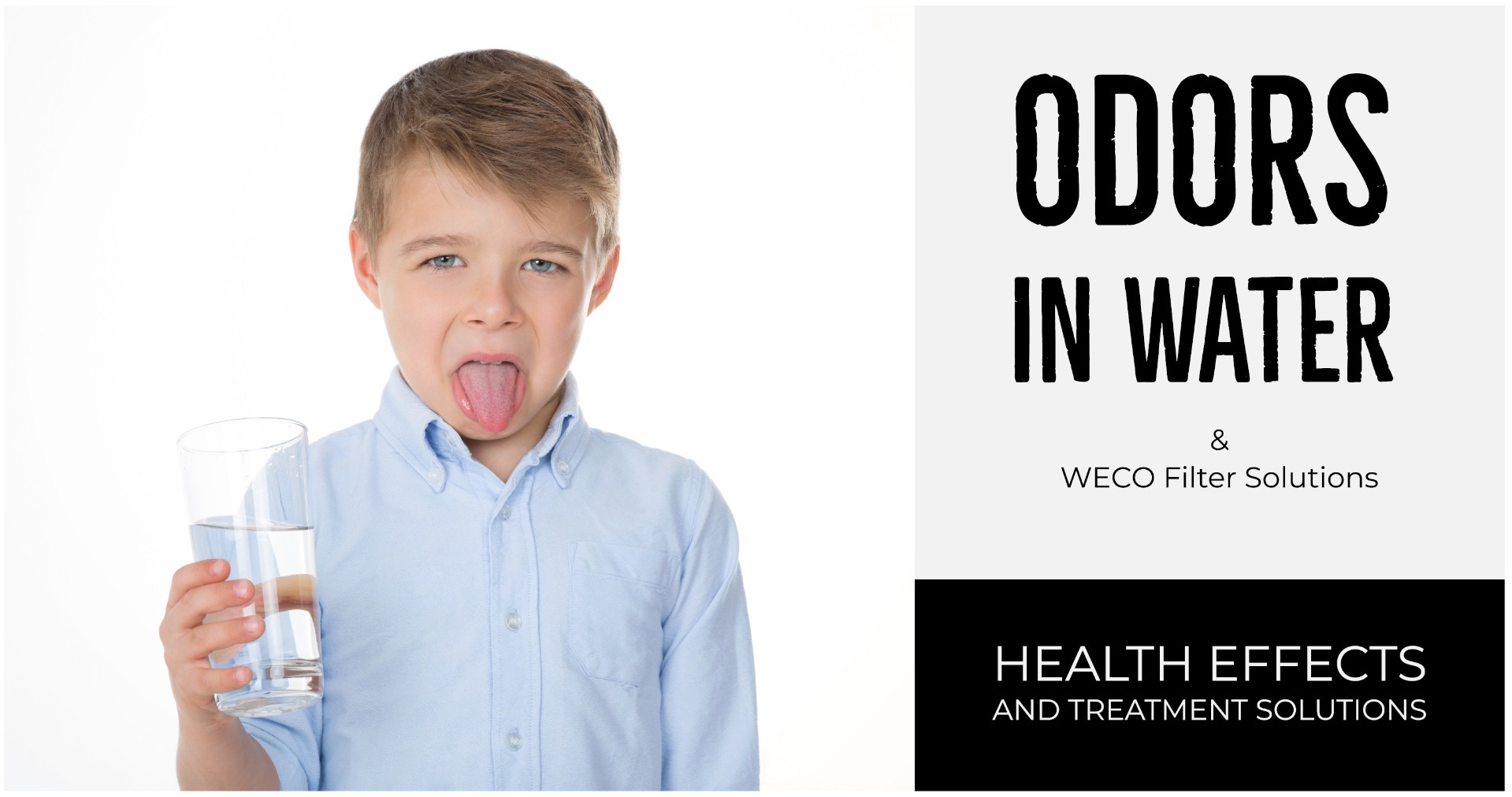 Source of Odors in Water: Unpleasant odors in drinking water can be caused by a variety of natural and manmade compounds. If a taste or odor occurs at every water faucet in the building, the cause is probably the main water supply. There are many potential odors: fuel, solvent, chlorine, rotten egg, earthy, fishy and metallic.

Effects of Odors in Water: Offensive odors can be aesthetic or a sign of serious contamination. The odors from chlorine ruin the taste of drinking water and can irritate your eyes and nose when taking a shower. A solvent odor could be a sign that chemicals have contaminated your well.

How to Remove Odors: The type of filter needed depends on the cause of the odor. In many cases a whole-house activated carbon filter will solve odor problems. Another option is a WECO reverse osmosis filtration system. This complete 5-stage water purification system removes odors along with suspended particles like sand and grit, chlorine, chloramine, carcinogenic chemicals, pesticides, solvents, and heavy metals like lead, cadmium, copper and arsenic. WECO whole-house and commercial filtration systems are also available.