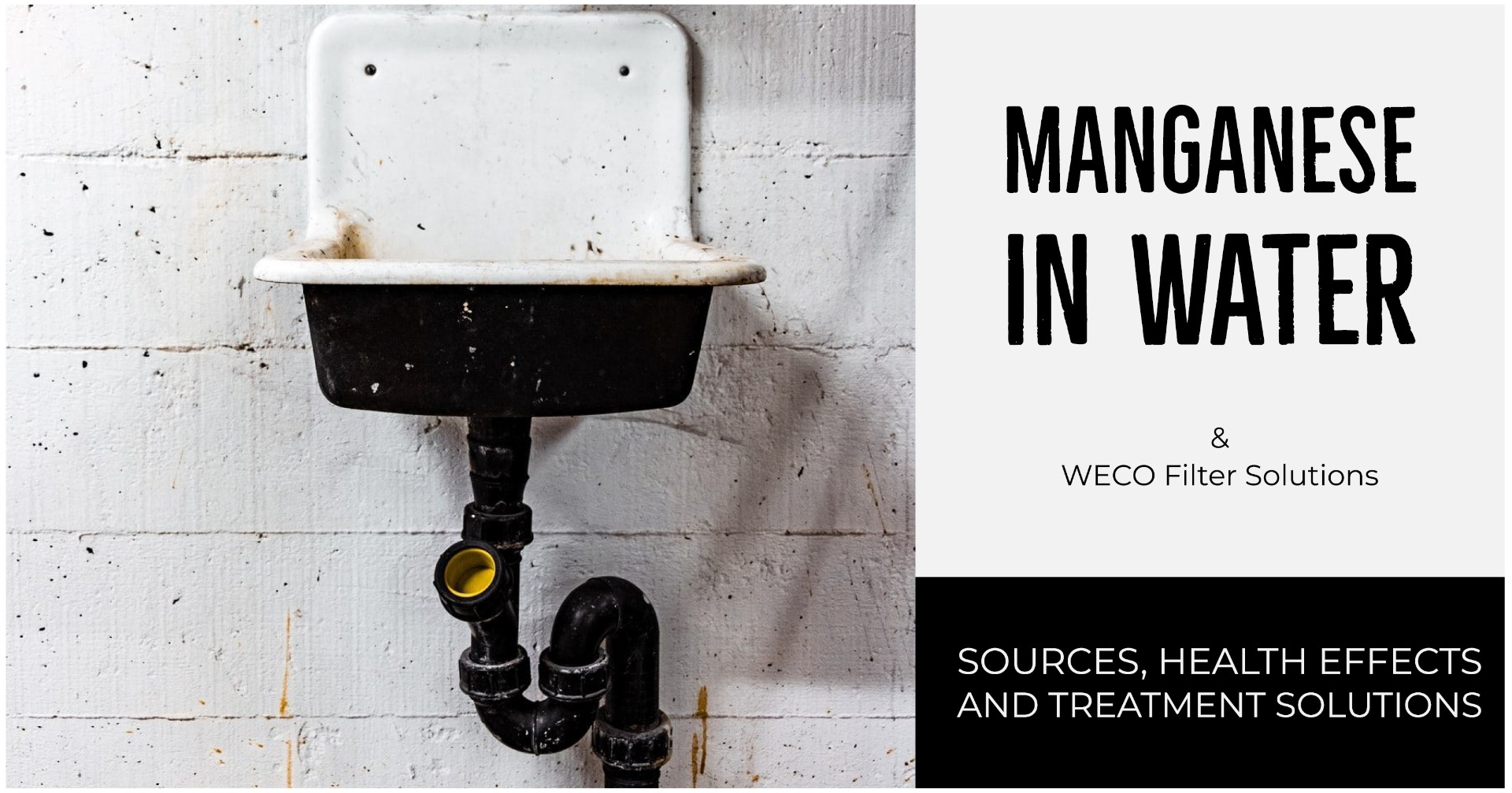 Source of Manganese in Water: Manganese is a mineral that naturally occurs in rocks and soil. It exists in well water as a naturally occurring groundwater mineral, but may also be present due to underground pollution sources. Manganese and iron are often found together in the same water supplies.

Effects of Manganese in Water: Exposure to high concentrations of manganese over the course of years has been associated with toxicity to the nervous system, producing a syndrome that resembles Parkinsonism. This type of effect may be more likely to occur in the elderly. Young children appear to absorb more manganese than older age groups but excrete less. This adds up to a greater potential for exposure in young children and pregnant women.

How to Remove Manganese: A WECO KL whole-house backwashing filter with Katalox Light is designed to remove manganese and iron from well and municipal water supplies.  In some cases, a WECO UXC water softener is sufficient to control manganese problems. EcoMix proprietary softener media is also used to treat manganese, iron and hardness in well water. Undersink drinking water filters like the HYDRA-75PMP and VGRO-75PMP are very effective in flushing out manganese. Consult with WECO technical support to find out which solution is best for you. We have pilot test kits available for whole house & commercial applications.