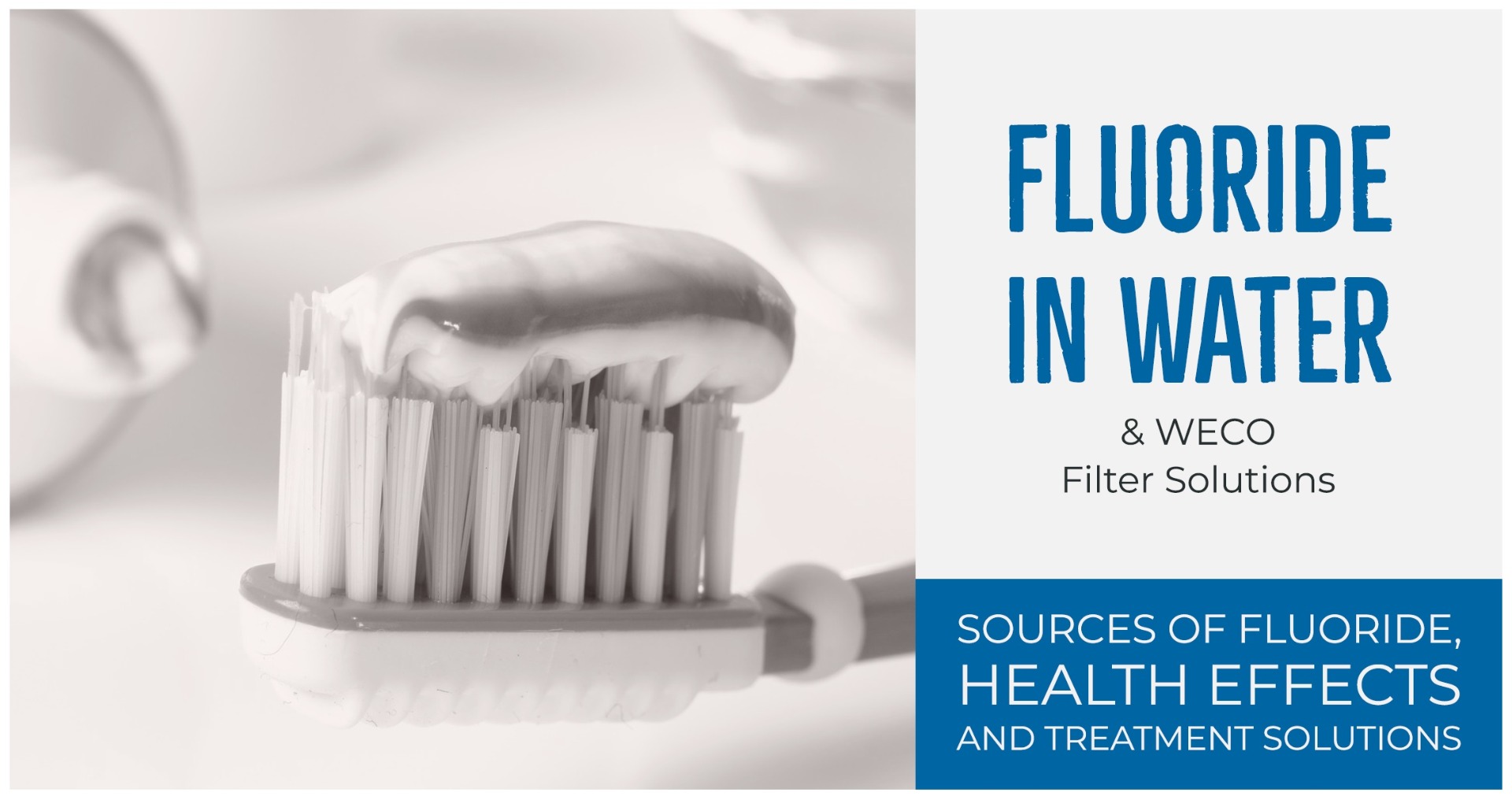 Previously, the only route of exposure to fluoride was by drinking water or food that contained natural sources of fluoride. Currently, exposure to fluoride comes from more sources including fluoridated dental products such as toothpaste and mouthwash, as well as the addition of fluoride to drinking water, for reducing tooth decay. Some bottled water products (such as spring water) can contain fluoride that is added or naturally present in the original source of the water. According to the CDC, in 2014 over 74% of the population has fluoridated drinking water.

How does fluoride get into my drinking water?

Fluoride is a natural element found in soil and bedrock. Some areas of the United States have high levels of naturally occurring fluoride which dissolves easily into ground water as it moves through cracks and pore spaces between the rocks. Fluoride is also added to public drinking water supplies as a public health measure for reducing cavities. Fluorides are compounds that combine the element fluorine with another substance, usually a metal. Sodium fluoride, stannous fluoride, and fluoride monofluorophosphate (MFP fluoride) are common additives.

No. Fluoridation is not required by US Environmental Protection Agency or any other governing body.

The Centers for Disease Control and Prevention (CDC) provides recommendations about the optimal levels of fluoride in drinking water in order to prevent tooth decay.

Who decides to add fluoride to my drinking water?

The decision whether or not to add fluoride to drinking water is made by your local water treatment authorities.

Are there any laws about fluoride levels?

Yes. While the US EPA has no laws requiring the addition of fluoride, it can set a limit as to how much can be in the water supply. The current enforceable drinking water standard for fluoride is 4.0 mg/L. This is the maximum amount that is allowed in water from public water systems. It is set to meet the current public health goal for protection against too much fluoride, which is linked to increased risk of crippling skeletal fluorosis, a condition that causes pain and tenderness of the major joints. The EPA also has a non-enforceable secondary standard for fluoride of 2.0 mg/L, which is the recommended level to protect young children against the tooth discoloration and/or pitting.  This condition is caused by exposure to excess fluoride while the baby’s teeth are forming.

What are the latest health concerns about fluoridated drinking water?

A study of lab animals by the US National Toxicology Program (NTP) in 1990 found “equivocal” (uncertain) evidence of cancer-causing potential of fluoridated drinking water in male rats. The study revealed a higher than expected number of cases of osteosarcoma (bone cancer). Fluoridation might increase the risk of osteosarcoma because fluoride tends to collect in parts of bones that are growing. These areas, called growth plates, are where osteosarcomas usually develop. The theory states that fluoride might cause the cells in the growth plate to grow faster, which could make them more likely to become cancerous. A growing body of research seems to indicate the potential risks from consuming fluoridated water may outweigh the benefits for some individuals. For the first time in 53 years, the U.S. Public Health Service lowered its recommended levels of fluoride in drinking water. According to the Scientific Committee on Health and Environmental Risks (SCHER), population-based-studies strongly suggest that chronic fluoride ingestion is a possible cause of uterine cancer and bladder cancer.

How can I protect myself and family from drinking fluoridated water?